I want to say this, and I want to say it for the last time. Also, I want to go on record as saying this before the world as we know it goes to hell in a hand basket. Because I truly believe this is just what is going to happen after the November election.

What I fear is that the Republicans will not only take the Senate but the Presidency as well. Because a lot of money is being spent on this campaign. Because throughout history, power has always followed money; money in the end is king; money makes and breaks; money also corrupts, just like power corrupts.

So once again, power will go to the moneyed, and history will continue to be written in the same fashion as it’s been written forever. And the world doesn’t learn. WE don’t learn; even though we’re supposed to have the ability to choose our own leaders, the ability to choose how we want to be governed, (because we’re sooooooo lucky to live in a DEMOCRACY—not like those schmucks from other parts of the world), we really don’t; we think we know better, but we’re either foolish or don’t want to face hard truths.

So we continue to perpetuate the age-old modus operandi of granting power to the moneyed, the privileged, the unscrupulous. We continue to allow ourselves to be led by the nose down paths that lead not necessarily to our felicity but to the prosperity of others.

So on and on we go, not understanding why we cannot ever “arrive.” Why life is so difficult; why we always seem to be teetering on the brink of disaster—or despair. Why life is good to some but not to the rest of us… etc. BECAUSE WE DO IT TO OURSELVES.

Some of us seek shelter in prayer and try to get consolation by recalling the Church’s teachings that “this is a temporary life,” that we’re not supposed to seek happiness here, that it’s the next life that we should be concerned with, etc., etc. So then, why are we here in the first place? What’s the point? What good is Free Will if we’re not smart enough to exercise it wisely? Do we really have Free Will? Or are we blindly and unwittingly being coerced to act in such ways that continue to perpetuate the status quo of our miserable lives?

If and when the Republicans take power in November—because we stupid people will have handed it to them in a silver platter—and pretty soon afterwards things not only not get better for the rest of us, but we watch in dismay as some fat pockets get even fatter, as the disenfranchised become even more abandoned, the sick sicker for lack of insurance, the working poor even poorer, corporations ever ruthless, the environment ever abused, let this be my preemptive I TOLD YOU SO. (Not that you care!)

One thought on “Where are we going?” 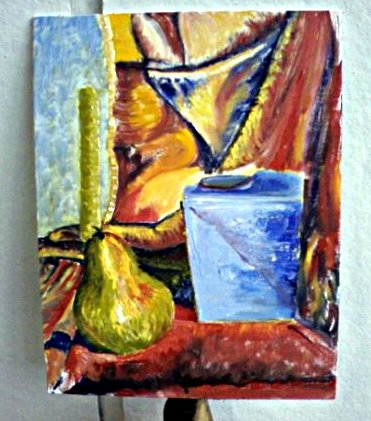